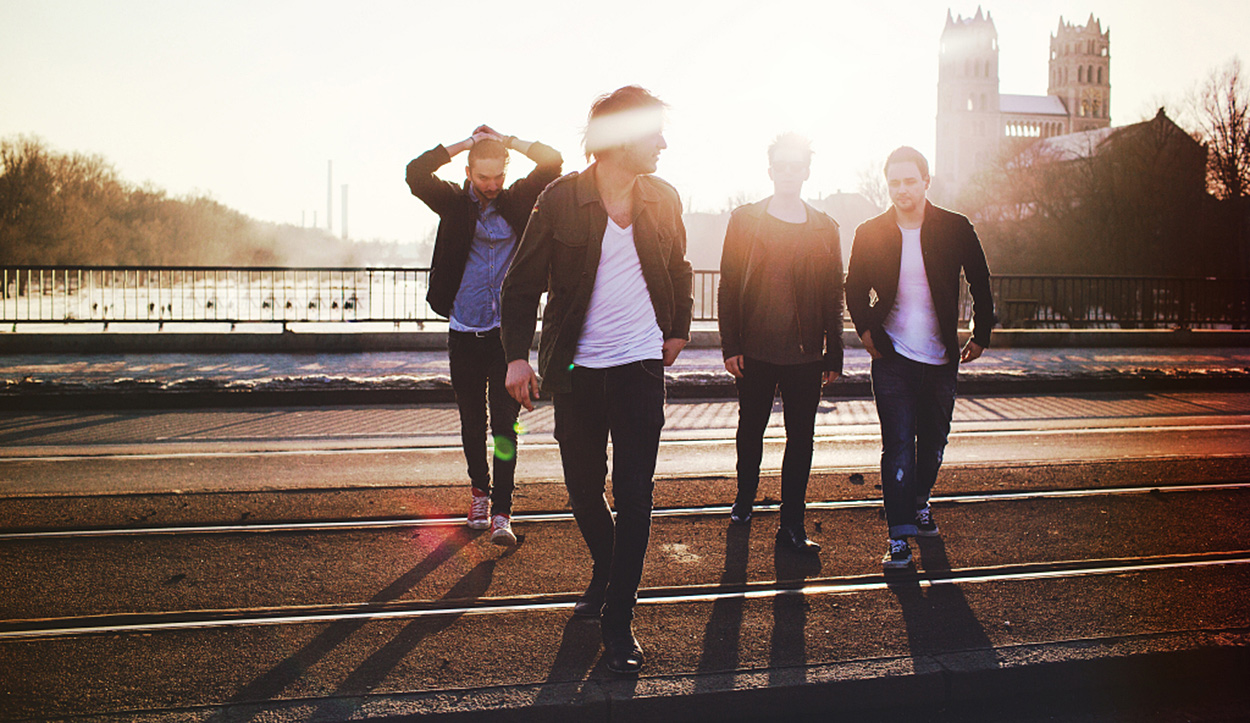 “We lie with my lips, we hide in my head” A talk with KYTES + exclusive video premiere of Inner Cinema (Micro Set)

“Typically we like to write about stuff which means something to us. Like just right now, we wrote a new song about our love to music and sound and how it always helps us out. Our themes deal with people, their interaction, and without getting too deep, we like to take a look at our inner self.”

Michael Spieler (vox & git), Timothy Lush (drums & lyric), Kerim Öke (git & syn) and Thomas Sedlacek (bass & syn) are KYTES, a four-piece band from Munich, that nourish our love for indie sound. Even though their sound can not be just labelled as purely indie either. But we are not big fans of going on about what genre a band can be put in anyhow, ( besides that we are not even experts in that) as chosing what we like only happens by feeling connected to the sound. It´s just like when you meet someone. Either you feel this attraction or not – doesn´t matter where this person is from. And when we listened to this amazing acoustic version of the track Inner Cinema, that we are thrilled to premiere live on C-Heads today, we were blown away and in love. And that´s about all that we need to know. Well, maybe we wouldn´t mind to find out a bit more about the four likable boys ( who by the way despite having had another successful band before just started from scratch again), so we had a chat with them about the experience of playing their first concert as a new band, their process of song-writing and what their perfect world would look like.

I read somewhere you are Munich´s most hyped band at the moment. This must be an awesome feeling, but on the other side do you also feel more pressure of fulfilling people´s expectations now?

Hey! That’s a nice thing to read. As the public only knows one song from our band it’s probably impossible to fulfill everybody’s expectations. But we´re certainly going to try to do this. We think “Inner Cinema” (our first song) is just the first small step and there is so much more to our band, more diversity in our sound and songwriting. We try not to listen too much to people who hype us or other bands, as hype can be over very quickly. We just try to write really good songs and to play exciting shows.

So in summary what´s the new concept of KYTES compared to your former band Blind Freddy?

We started Blind Freddy as a school band when we were 15 years old. We had just started to write our first songs and weren´t thinking ahead. Basically we were just experimenting with our sound, we did not have a clear vision of who or what we wanted to be. Blind Freddy was more like a hobby for us, we would meet twice a week to and to drink a few beers. Now everybody is much more focused on the band. We consider KYTES as a fulltime job and there’s just so much more to the band than rehearsing twice a week. So now we´re rehearsing much more often and writing new songs, recording them in studios in Munich and Berlin and we´re planning to play a whole bunch of shows.
This time around we want to be much more involved in the artistic visual side of things as well, so with the help of two great friends, Christoph Schaller and Ferdinand Feldmann, we´re working on concepts for videos, photos and artwork and there are the daily calls with our management, booking agency and label. 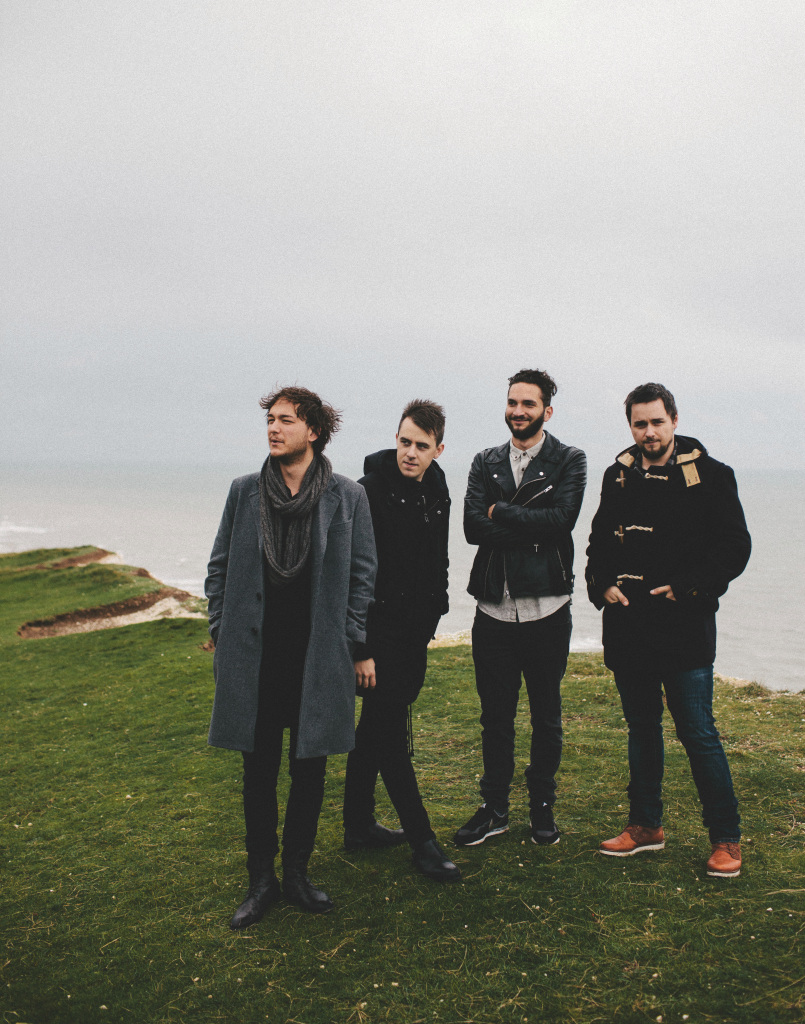 “We try not to listen too much to people who hype us or other bands, as hype can be over very quickly. We just try to write really good songs and to play exciting shows.“

How was the feeling of playing your first concert as “KYTES”?

It was just great! A relief really, after months of writing new music, and recording it in the studio – then getting back to the practice room to rehearse the new songs, and finally perform them live. We were overwhelmed with the positive reaction to the new music. In the end we hadn´t gigged at all for over a year, so we were really excited and twichty. The nervous energy found its outlet on the night. You can watch a little show recap video on our website www.kytesmusic.com It’s kind of a fast forward version of our very first gig as Kytes.

We consider ourselves as a European Band with an international sound, so our ambitions for the next years are sky high. We constantly try to perfect our craft as a band. Always setting the bar a little higher. Basically we just want to get out there and play everywhere. In a perfect world we can make a living out of our band and tour the world with our music. But of course it’s step by step as our world gets a little more perfect day by day. We’re going to release our debut EP in Oktober, then we’re going to play a tour of Germany, Austria and Switzerland. We hope to release our debut-Album in Spring 2016 and after that play more shows and festivals.These are really exciting times for us, nobody knows where we’re going to be in a year, so hey let’s just buckle up, enjoy the ride and hope for the best!

In one interview you talk about this experiences as a young band when you met all those people who promised to make you famous and that kind of stuff. I guess it´s great to leave those times behind where you invest lots of time for almost nothing, at the same time do you miss a bit this feeling of just having started with this enthusiasm and also the naivety of a fresh band?

As KYTES is a kind of a restart it still feels really fresh to us and there’s lot’s of enthusiasm, more than ever. We have a great team around us, which is also new for us, so yeah it really feels good. We certainly don’t miss the naive times of signing a recording deal with a dentist. ;)

You are currently in the studio in Berlin, right? Working on new songs or debut album?

Both. We just the left the studio in Berlin and came back to Munich to rehearse for the upcoming Festivals. We were in the studio for one week and yeah, we were writing and recording new material, definitely for our debut-Album in Spring 2016. We are blessed that we can collaborate with Felix Hofer, a great friend and an amazing producer/ musician, who moved to Berlin a few months ago. We really enjoyed the Berlin vibe and had a great time there. Definitely planning to return soon.

What do you like to write about in your music lyrics? Personal experiences or made up stories?

Again, both. As two of us write the lyrics there’re lot’s of diverse ideas and approaches to creating them. Typically we like to write about stuff which means something to us. Like just right now, we wrote a new song about our love to music and sound and how it always helps us out.
Our themes deal with people, their interaction, and without getting too deep, we like to take a look at our inner self. Some of the lyrics are just funny little anecdotes but not always of a biographical nature. 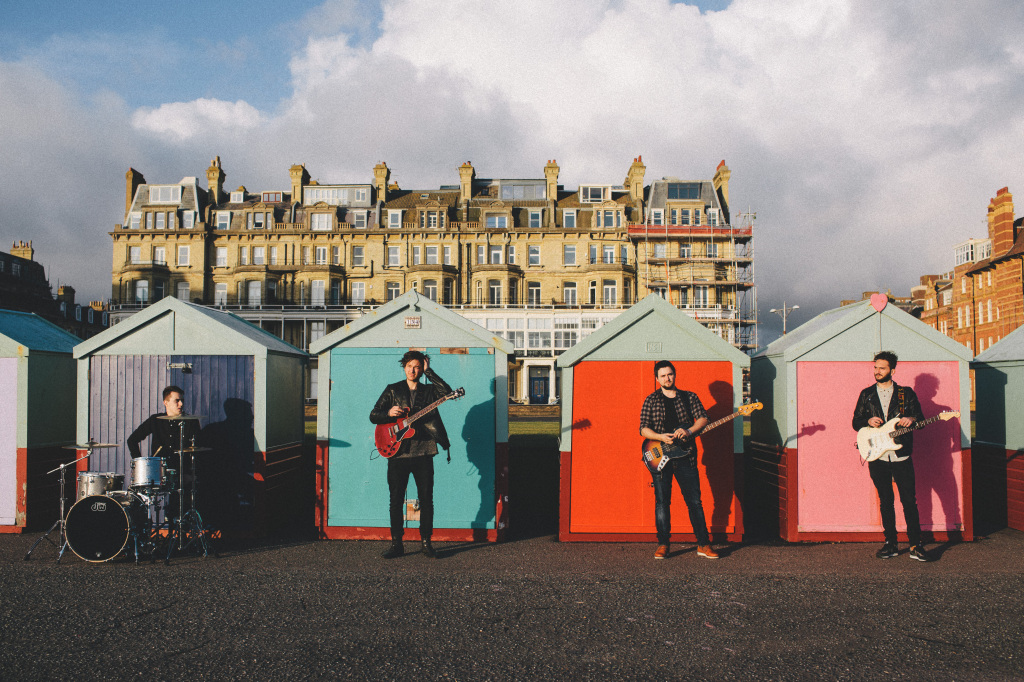 “We consider ourselves as a European Band with an international sound, so our ambitions for the next years are sky high. We constantly try to perfect our craft as a band. Always setting the bar a little higher.”

Do you have to be in a certain mood or place to write new songs?

The mood we´re in of course influences the type of song we write, as does the setting we find ourselves in. Cause its a group effort, its practical to do lots of our writing in the rehearsal room. We also wrote new music in the recording studio, which was a new experience for us as a band. We need to feel comfortable as a band with a new song. The whole band is involved in the song writing process so every single band member contributes to how a song should sound in the end. This is really challenging, but in the end totally rewarding.

One of your favorite lines out of your current lyrics and the meaning of it?

“We lie with my lips, we hide in my head” – from the song called “Two Of Us” which will be on our debut EP. The song deals with a split personality, the problem of having two voices inside your head, so which one do you answer to. Can we deal with loneliness by creating a second self. Kind of a modern day Jekyll and Hyde story.

What songs/artists are you listening to at the moment yourself?

We love to hang out around the “Isar” in summer (Munich’s very clean river which flows right through the city). After hours we were regular guests at the legendary “Atomic Café,” but unfortunately it had to close last year, so basically we are still looking for a new “living room”.

“Without Me” In conversation with Alycia Marie about Her New Song, Loss, Balance and Strength

Digital 21 and Stefan Olsdal feat. Inanna’s “Multiverse” unites us all

GRAMN. release new single and visual for “Glow Up”